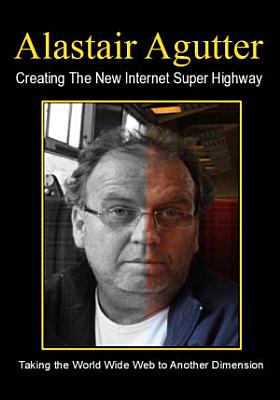 Creating The New Internet Super Highway Book As a member of the public, business owner, developer, or programmer, you may well ask what the hell has Natural Branching and Quantum Mechanics got to do with the Web and a Virtual World. The reality is, even in a virtual world such elements are busy at work, so take a journey into the future, here and now! The Internet and World Wide Web was created and invented from a physical world of computing. Yet today using technology society operates in a Virtual World of Computer Science, and born from that has come the manifestation of a newly created Internet Super Highway and World Wide Web. This claim is not from a line, or script of a Sci-Fi Movie, but the arrival of a new era, one that exists right now, and is evolving by the day, and unbeknown to most, even to Folk in the world of Business and Development. The arrival of this new era of greater advancement is a quantum leap in computer science, and well beyond one dimensional thinking. In 2006, I wrote a paper on the World Wide web titled "The Chaos Theory of Packet Data" and now today there are over 94 million web sites and counting. It was only a matter of time by understanding the realms of Natural Law could be found even within a Virtual World Quantum Mechanics and Natural Branching busy at work reaching beyond convention for a faster method of packet data delivery by flat packing the World Wide Web by stealth. I have heard many say even in my life time, how amazing it would be, to be able to look into the future. Well this book takes you there, here and now regarding the World Wide Web and the Computer Sciences. So are you ready to look into the future now! Quotation: “Even a virtual world created by technology, continues to be re-shaped by the power of Natural Law in the form of Quantum Mechanics and Natural Branching.” ~ Alastair R Agutter. This book covers my notes and work, when I had a eureka moment in early 2013, and realized it was possible to create a new 'Internet Super Highway' (virtual world wide web) and one that could be a free collaboration program with any number of entities. The creating of a new higher level of the World Wide Web is a major breakthrough, as demand becomes forever greater, surrounding more users and packet data. Every web site owner, developer, student and enthusiast can embrace and adopt this new virtual world of development, for a faster and more enjoyable connectivity experience. Creating a compression inflation environment for users and new customers by adopting and understanding how photon particles can be altered to different paths and journeys, even split and using far longer distances, but defining logic with faster delivery within the realms of fractal maths. From careful research, I was also able to establish the average bounce rate of a business web site was over 40% and over 94% of all web sites are not optimized for a virtual world, their users, or browser rendering engine technology software. So by flat packing things as folk would say, and by running optimization tools and tests, I found I could change the speed of any average web site, where it would perform at least 5 to 10 times faster by my newly discovered methods in such an environment, that I regard today in comparison to all other web sites being downloaded, as super fast speed by stealth!!!

Authors: Alastair R Agutter
Categories: Computers
Creating The New Internet Super Highway Book As a member of the public, business owner, developer, or programmer, you may well ask what the hell has Natural Bra

Law and the Information Superhighway

Authors: Henry H. Perritt
Categories: Law
New edition of a resource about the information superhighway, more formally known as the National Information Infrastructure (NII) and the "infobahn," or Global

Learning to Drive on the Internet Superhighway

Authors: Harry Jordon
Categories: Business & Economics
Love and peace driven by cross-cultural weddings and music like those of the Beatles and Pink Floyd of the ’60s is being forgotten in the Twitter and Facebook

Summary: How to Make a Fortune on the Information Superhighway

Authors: BusinessNews Publishing
Categories: Business & Economics
The must-read summary of Laurence Canter and Martha Siegel's book: "How to Make a Fortune on the Information Superhighway: Everyone’s Guerrilla Guide to Marke

Wrong Turn on the Information Superhighway

Authors: Bettina Fabos
Categories: Education
Describes how students are being exposed to a commercialized version of the Internet and includes information on how to develop noncommercial resources.

Getting Inside Google's Head Book

Authors: Alastair R Agutter
Categories: Computers
Getting Inside Google's Head Book In my professional business life as a Computer Scientist, I was fortunate to be at the beginning of the World Wide Web's comme

Authors: Debra M Amidon
Categories: Business & Economics
Debra M. Amidon, a worldwide pioneer in knowledge strategy, once again leads you into the future by charting the intersection of knowledge management and innova